Xuanwu Lake after the heavy snow

The scene presented in these two pictures is the Xuanwu Lake in Nanjing and the nearby landscape. After a heavy snowfall, the sky is as clear as a mirror after the snowfall. Xuanwu Lake, which is usually a vast lake, has also become clearer, and the mountains not far away form a beautiful and pleasant landscape painting.

In order to avoid the picture tone too cold and dull, I deliberately included the nearby boats and water splashes into the frame. These small boats have been docked consistently due to the weather. The orange hue of their hulls forms a stronger visual contrast with the surrounding environment, injecting a touch of warmth into the picture. At the same time, the wind on the water gradually squeezes the nearby lake water into a water wave, which keeps rolling over and over, just gradually rubbing those blue lake water into a small piece of faint splash. They make the picture look more vivid.

For the second picture, I changed the camera position and perspective, and incorporated the tree branches above my head and the bridge covered with snow into the composition, in order to show the depth of field and three-dimensional effect. In fact, the branches and the bridge also play a role in balancing the picture. It makes the left and right side of the picture look more harmonious. Of course, you may have a better way of composition.

Both images express the same theme in different degrees: the tranquility and distance after the snow. For a long time, people have been familiar with this kind of subject matter, and it seems to have gradually become a pattern of composition. But nonetheless, just like the mother theme of literature, people have been trying to explore the same kind of things for thousands of years. This explains why classical literature, the literature of different peoples, can be widely interpreted.

The same is true for photographic creations, I guess! 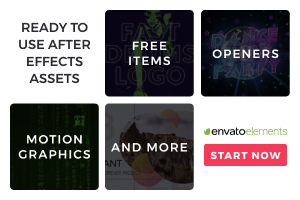