An outing in autumn: mystery, tranquility…

October 17, 2020February 13, 2022 karljustin
The combination of red and green can indeed create a strong visual effect. In the picture, the background is a piece of green grass, which forms a strong visual contrast with the small red building as the main body. And what surprised me the most was this exquisite and exotic building, really cute.
As a symbol of traditional Chinese culture, red lanterns represent auspiciousness and wishfulness. Because of this, they can be seen every time on those festive days and some important places. 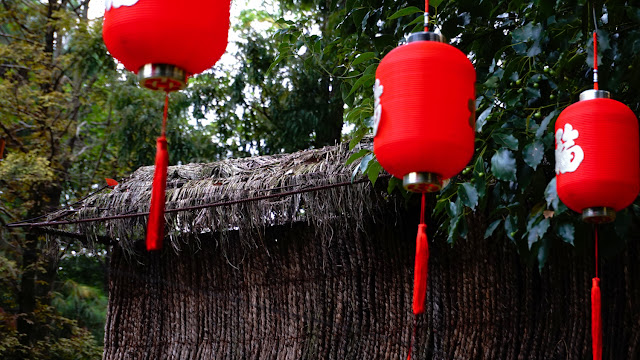 When the red lanterns are combined with thatched houses, this kind of picture seems to be more able to convey the life of ancient Chinese. In that era, although material conditions were extremely scarce, people were rich in their hearts. In the era when Tao Yuanming lived, people often worried about food and clothing. However, the great poet Tao Yuanming can still create great poems that have been passed down through the ages under these difficult conditions, which is indeed admirable. 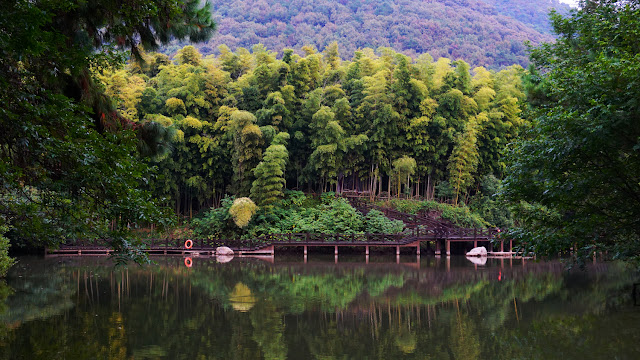 It was already late autumn. But the jungle is still crisp and pleasant, as if summer has not yet gone. The reflection in the lake outlines the fuzzy outline on the shore, with light and dark intertwined, light and shadow overlapping, quite a mood. 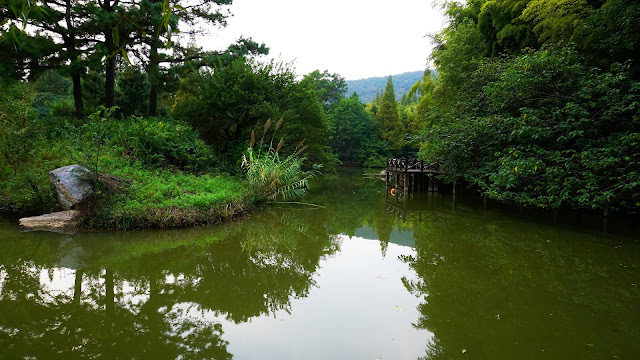 But you have to know and believe that summer has indeed left us, and autumn is about to end. A long winter will follow. So, if you don’t like winter, you must take advantage of this time to go outdoors and take a look. 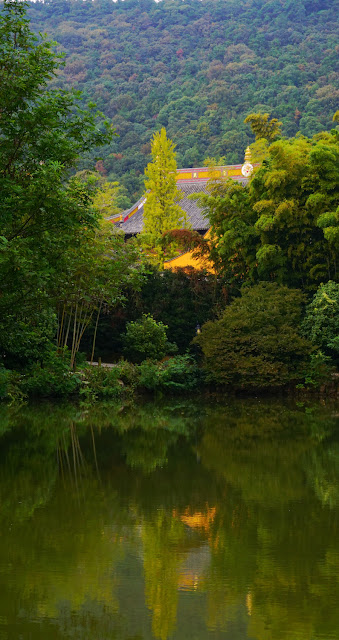 This temple is called “Baoyan Temple” and we can vaguely see its existence in the picture. Yes, it is hidden in this dense forest. And all this seems so “Zen”. 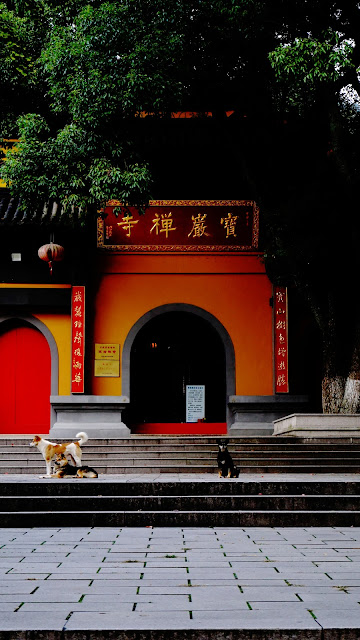 There are many legends about Buddhism. These legends often reveal a certain kind of mystery and wisdom, and together they constitute a certain understanding and concept of Buddhism among the people. 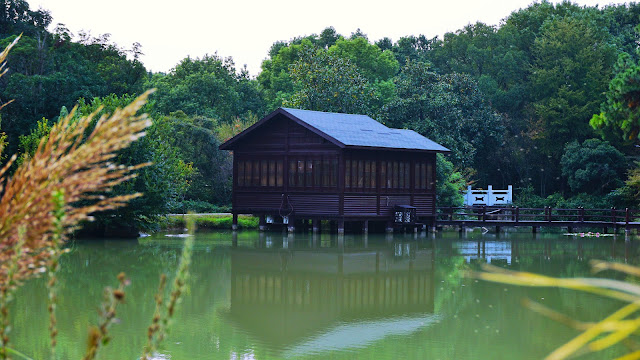 The cabin under the backlight did not look unclear. And the sky at this time is not beautiful, a bit gray. So the overall picture lacks hierarchy. But I can still capture some satisfactory information from the picture; tranquility. 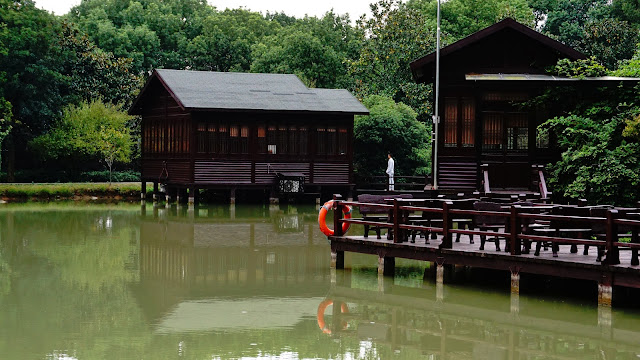 This is the cabin seen from another angle. There is a person in white clothes standing nearby.Is he thinking? Or immersed in this beautiful landscape?